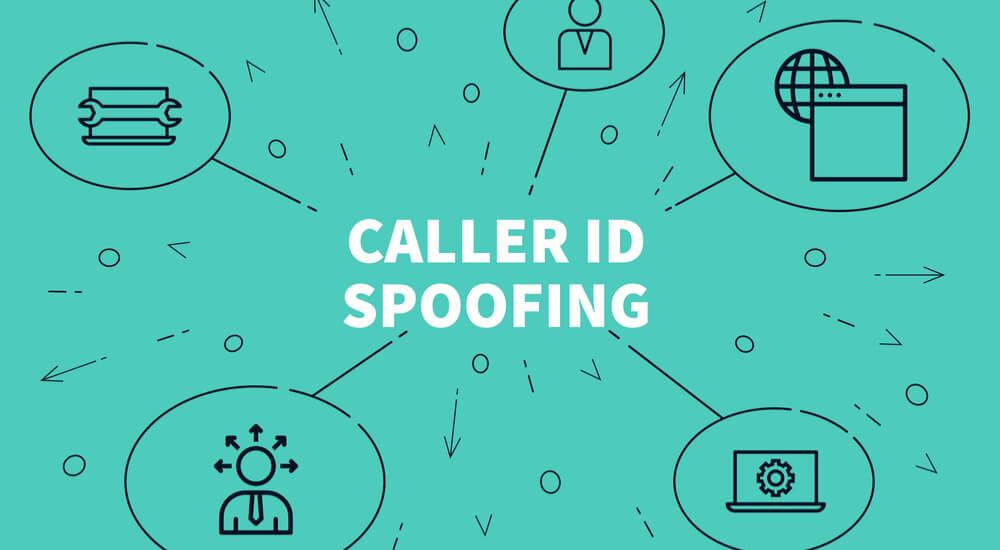 What is Caller ID?

Caller identification (Caller ID) is a service that allows the receiver of a phone call to determine the identity of the caller. Caller ID is initially sent over at the start of the phone call and identifies the incoming caller before the receiver answers the phone. Caller ID is not associated with the actual phone number but is part of the initial call setup, which allows the caller to manipulate the Caller ID to display a different number from the number that is calling.

What is Caller ID Spoofing?

If you have ever received a call where the caller said that you called them when you have not, then your number was most likely spoofed by another person. There are many phone scams that use Caller ID spoofing to hide their identity because Caller ID spoofing makes it impossible to block the number. Anyone can spoof their outbound Caller ID by using an online service like Spooftel and SpoofCard, which allow anyone willing to pay to spoof numbers. These services are meant to protect the caller’s number from being displayed and claim they aren’t intended for malicious purposes, but they have limited control over who uses the service. Companies can also control their Caller ID if they have their PRI or SIP connection, the technical names for multi-line enterprise telephony setups. For more information Caller ID spoofing, you can refer to my previous blog post.

Are there multiple victims with Caller ID Spoofing?

There are always multiple victims when a scammer uses Caller ID spoofing. The main victim is the receiver that answers the telephone call with a number being spoofed, aka the target of the scam. The secondary victim is the owner of the number; their number is being used without permission. The secondary victim does not even know that their number is being used, and this could have an adverse effect on their business. There are applications and telephone companies that block the secondary victim’s number from making legitimate calls. This could harm law abiding businesses or customers whose numbers have been faked by scammers.

Caller ID interfering with a business

A business in West Springfield on June 22, 2018, received about 300 calls in one hour. Due to the high volume of calls, the business did not have enough resources to answer all of the calls. It quickly became apparent that the businesses number had been used in a series of spoofed calls and the calls were not from customers but from the recipients of the spoofed calls. This hurt the business, as they were busy answering calls from people who were not customers. Not only does this cause a monetary loss, but the business’ reputation could have also been impacted as individuals assumed they were using auto-dialers to call people in the area.

Is there a way to report Caller ID Spoofing?

Many countries do have ways to report Caller ID spoofing. If you live in Canada, you can report the calls to the CRTC and the perpetrator can be fined up to $15,000 per violation. If you would like to report calls to the CRTC, you can navigate to their website and follow the instructions on how to report the call. In the United States, you can report fraudulent calls to the FCC. The FCC will impose a fine anyone that is illegally spoofing a number up to $10,000 per violation. If you suspect that someone is spoofing a number illegally, report it to the FCC. If you do not live in either of these countries and you would like to report Caller ID spoofing, a quick Google search should reveal which organization is responsible for investigating into these types of calls. You can then file a report with them. For the next post in this series, I will look at some popular telephone scams. After that, we’ll investigate setting up your own PBX using Raspberry Asterisk.