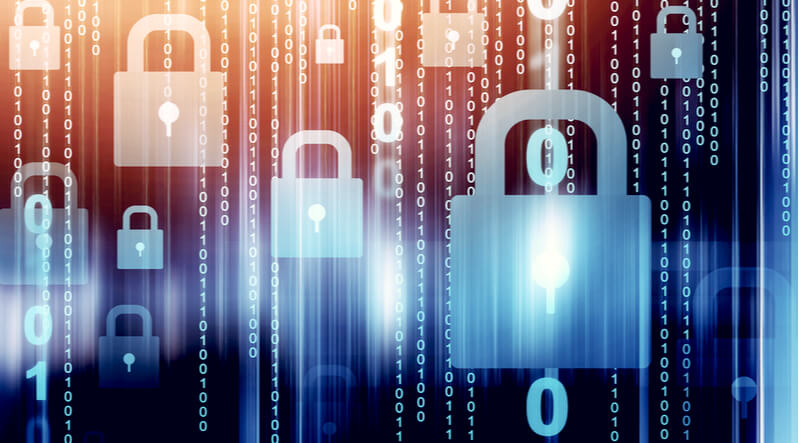 Unsurprisingly, cyber attacks are growing in the business sector and not just in the United States but world-wide. Cyber-attacks represent the greatest risk in six out of ten of the top economies in the world. The report presented by the World Economic Forum discusses formjacking, cryptojacking, ransomware like LockerGoga and other cyber-attacks of which CEOs around the globe are starting to become more aware. These different types of attacks break out as malicious code designed to steal monetary or physical assets from consumers and businesses. They’re also becoming more serious as time passes by. As such, they cost companies around 12% more in damages in 2018 than in 2017. This should force executives to pay more attention to technical experts on staff during board meetings. That is actually part of the problem. According to this report, India is the only country listed in the top seven global economies that has dropped cyber-attacks off of their top five risks. However, given the major cyber-attack involving Wipro early in 2019, it is safe to expect that cyberattacks will be back in the top five in 2020. What is particularly troubling is that the attack went unreported for months and that the tools and techniques used by the malicious actors consisted of reused tools from 2015 and 2017 attacks. A phishing attack laid the groundwork for bad actors to establish a foothold. These attackers then took control of internal systems and used open-source tools to build upon and sustain their access. Brian Krebs, the original reporter who broke this story, said that the attackers did not limit the attack to Wipro but also set their sights on other companies including Sears, Green Dot, Elavon, Rackspace, Avanade, PCM and CapGemini. Based on the victims of the attacker groups, companies that favored third party organizations for services were common targets.

With the boom in online marketplaces, it’s no surprise the cyber-attacks have risen in prevalence. Symantec in 2018 identified formjacking as the process of intercepting payment forms and collecting data on retail websites. The issue spiked between August 2018 and September 2018 when Symantec reported on around 248,000 formjacking attempts. In an attempt to determine patterns in the attacks, Symantec pulled 1,000 instances over a course of three days and discovered 57 websites were attacked across those attempts. The attacked sites were located all over the world and ranged in size from small businesses to global retailers. One of the bigger hacking groups that uses formjacking to gain information is a group called Magecart. In 2018, the group launched a campaign against British Airways, Ticketmaster, Feedify and Newegg. Interestingly enough, the lure to these companies was again the presence of a lot of third-party service providers. The reason for this is shared network infrastructure points where a third-party vendor may offer a weaker defense than the intended organization. Companies who use services provided by third-party vendors are often forced to allow some network sharing. A major example of this was evident in the Target breach of 2013. Target relied on a third-party company to manage HVAC services. The security or training advisement was weaker on behalf of the third party. However, there was a linked portal allowing that vendor to access Target’s internal system. It could be that this attack’s ideology stems from successes in previous major security breaches of the past. When security requirements are a shared responsibility, more points of vulnerability often present themselves.

Cryptojacking was another point of note from the article as a rising cyber threat in the business realm. This attack is unique in its purpose. Machines that are breached are not sought out for their stored data but for their computing resources to aid in the mining of crypto currency. The hack is performed in a traditional manner by running malicious code on the target device or using a web application infection to load mining software on the victim’s machine. This attack vector should be troubling to major businesses worldwide, as hackers have begun to view these attacks as having more reward than risk. As an alternative to cryptojacking, hacker groups can simply demand payments in cryptocurrency using ransomware. Crypto-malware is not a guaranteed payoff, and companies are increasingly embracing the idea of backing up data regularly and ensuring backup sites are ready to go should a breach take place. Because the necessary software runs in the background, cryptojacking can go undetected by users for a long period of time. This also makes the lure more appealing than having to proclaim yourself as the attacker and demand payout. To further aid in the obfuscation of the software, modifications have been found in the cryptojacking malware samples that enable the program to halt its activity when it detects mouse movements that suggest attempts to prevent reductions in CPU performance

For the many businesses in 2019, an important cyber boogeyman was a ransomware family identified as LockerGoga. This was especially true for industrial and manufacturing firms with large stakes on the table. Already this year, French, Norwegian and American companies faced down this ransomware strain. FireEye told Wired that it has dealt with five or more attacks within the industrial and manufacturing sector. What is most alarming about LockerGoga is the fact that there is no definitive determination on how hackers are initially gaining access to victim’s machines. However, attackers seem to have credentials that grant them network access. They can gain these details through traditional efforts by implementing social engineering tactics, purchasing credentials from hacker markets and phishing. What is confirmed is how the attack builds once on the network. The attackers are using open-source tools to boost privileges to the level domain admin. The attacker then distributes the ransomware to specific machines throughout the network. The code logs in as a specific user, disables any antivirus software and then encrypts the system as quickly as possible. The cherry on top is the readme file with a list of demands. The readme does not name a price; it only provides a non-attributable email address for negotiating the payment amount. Though FireEye has specifically tracked its industrial victims, LockerGoga ransomware is opportunistic in its attacks much like other known ransomwares. The reason for concern to the industrial sector is the physical risks associated with that sector. Limiting control of systems and subsystems in that industry could have a direct impact for workers’ lives and environmental variables. From the reports provided by different regions, it seems that money is not always the biggest motivator for cyber-attacks. At the national level in each of these economies, political motives may have been present, as well. As the world moves to a more globalized economy working with each other, politicians’ relationships play a large part. Corrupt state-sponsored hacking groups with the power to infiltrate adversary federal governments may use that power to launch influence elections or even the economy in some cases. This can be done by holding independent businesses hostage in extortion-based cyberattacks or through social media marketing campaigns. It is no secret that U.S. federal organizations have been investigating Russian actors for “meddling” in the 2016 United States presidential election. That fear alone has changed how organizations responsible for voter-processes are preparing the presidential elections coming in 2020. Looking abroad, Canada could very well see significant cyber influence from foreign parties in their 2019 federal election. The problem stretches to Europe, as well, with public interference occurring in Germany, Finland, Croatia and the Czech Republic. Some key findings from the report are similar to the main points of 2018 study. For that publication, 141 economies had the chance to choose among 30 options as the most significant risks facing them. From these 30 risks, 48 countries listed cyberattacks within their top five risks. Globally, cyberattacks rose from the fifth highest risk in 2018 to the second highest risk in 2019, topping national governance failures, unemployment and energy price shock. According to the report, the top seven economies are China, France, Germany, Japan, India, the United Kingdom and the United States, not in that order. Six of the seven nations reported cyberattacks as one of their top five risks. When compared to the 2018 report, China remained consistent, with cyberattacks ranked second in both 2018 and 2019. France elevated cyberattacks to number one from their third highest risk in 2018. Japan lowered cyberattacks as a risk in 2019 from its number one position in 2018. India was the only economy on this list to have dropped cyberattacks from the 2018 report. Meanwhile, the UK, the United States and Germany maintained cyberattacks as a number one risk both years. Many of the solutions to the problems outlined by the report come down to being informed. It is estimated that somewhere around 90% of all cyber shortcomings stem from a lack of knowledge and human error. For that other 10%, they should consider deploying detection devices to monitor traffic for anomalies in behavior, firewalling and abiding by common cyber security practices. Even for the tools mentioned that operate in the background at the packet level, even the best malware cannot always obfuscate activity. Smart detection devices in place can alert security teams to network maliciousness and aid in prevention and/or recovery from big data breaches. About the Author
Image 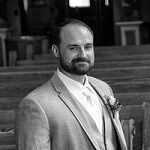 : Allen Britt is a decorated veteran who has been expertly trained in multiple disciplines of cybersecurity, computer science, electrical and mechanical engineering. His diverse background has afforded him opportunities to work within some unique areas of focus within government customers. He currently operates as a field support engineer utilizing his subject matter expertise to advice consumers. Editor’s Note: The opinions expressed in this guest author article are solely those of the contributor, and do not necessarily reflect those of Tripwire, Inc