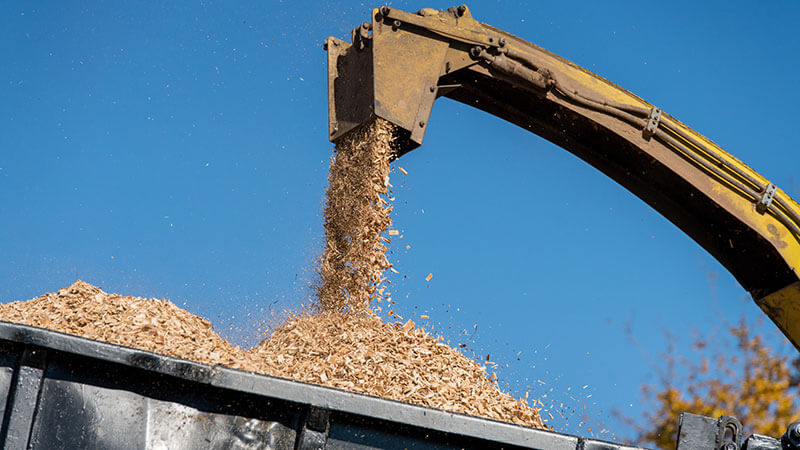 On August 15th the NSA and FBI published a joint security alert containing details about a previously undisclosed Russian malware. The agencies say that the Linux strain malware has been developed and deployed in real-world attacks by Russian military hackers. The FBI says, “The Russian General Staff Main Intelligence Directorate (GRU) 85th Main Special Service Center (GTsSS) military unit 26165, whose activity is sometimes identified by the private sector as Fancy Bear, Strontium, or APT 28, is deploying malware called Drovorub, designed for Linux systems as part of its cyber espionage operations.”

The name Drovorub comes from a variety of artifacts discovered in Drovorub files, Drovo translates to “firewood” or “wood”, while Rub translates to “to fell, or “to chop.” Together, they translate to “woodcutter” or “to split wood.” Drovorub is like a Swiss-army knife for hacking Linux. The Linux malware toolset consists of an implant coupled with a kernel module root kit, a file transfer and port forwarding tool, and logic for connecting back to a Command and Control (C2) server. The below figure shows the Drovorub components and their functions.
Image 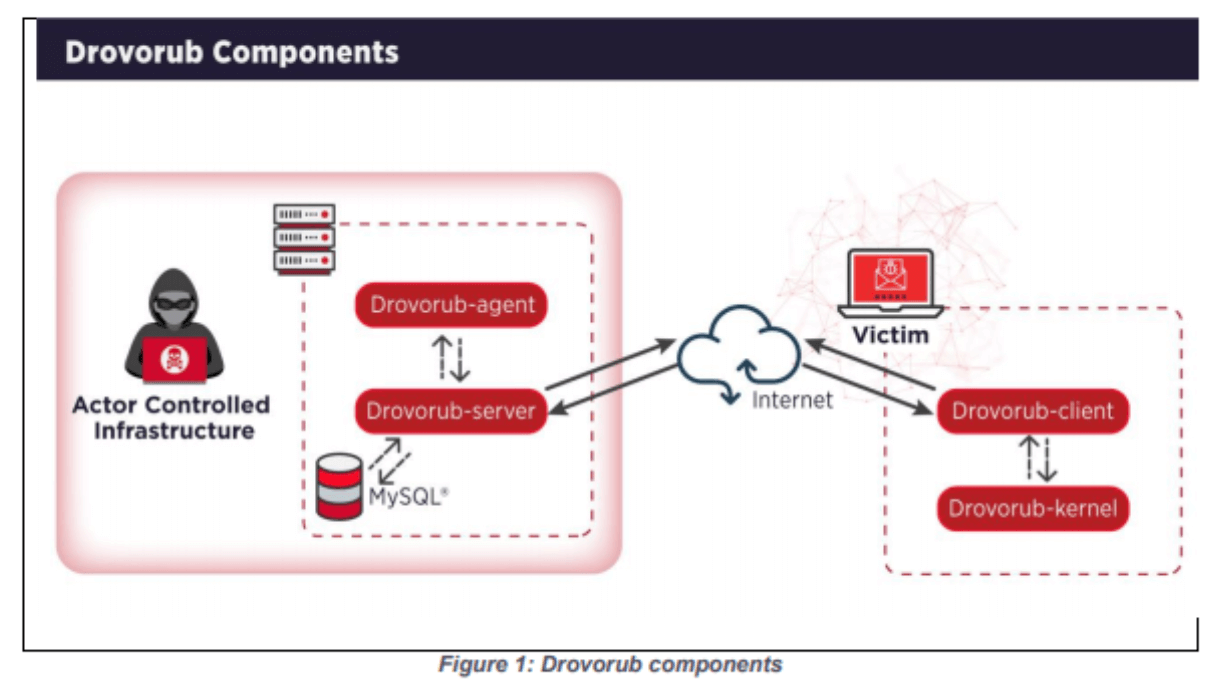 Drovorub malware is made up of four executable components: Drovorub-client, Drovorub-agent, Drovorub-kernel module and Drovorub-server. The components communicate via JSON over WebSockets. Below is a brief overview of each component.

The kernel module implements the stealth, hiding itself and various artifacts from user-space, including specified files and directories, network ports and sessions, the Drovorub-client process, and Drovorub-client child processes.

There are several detection techniques to effectively identify Drovorub malware activity. However, due to the stealth functionality of the Drovorub-kernel module, this poses a challenge to large-scale detection on the host because it hides Drovorub artifacts from tools commonly used for live-response at scale. Below are several detection methods.

Snort Rule #2 Example (1) Advantages: High-confidence, large-scale (network-wide) detection of network command and control. Disadvantages: Subject to evasion via TLS or if the format of messages changes. 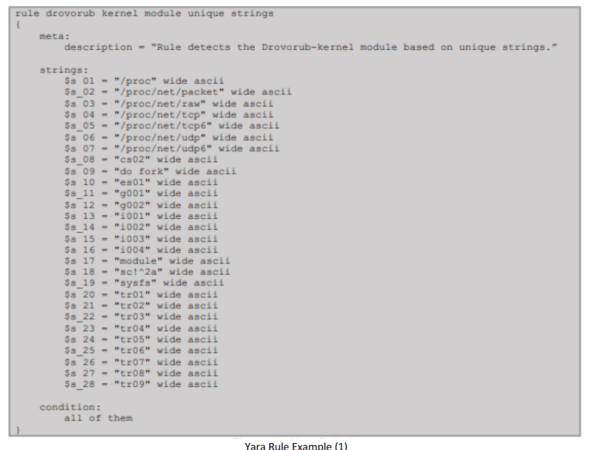 Live response techniques include: searching for specific filenames, paths, hashes, and Yara rules on running systems using native system binaries and libraries to detect malicious activity at enterprise scale. As mentioned previously, the Drovorub-kernel module hides itself and related files, processes, and network connections by hooking certain kernel functions, significantly reducing the efficacy of this detection methodology. Therefore this detection method is subject to an increased risk of false negatives.

Analyzing the captured running memory of an endpoint is the most effective approach in detecting the Drovorub-kernel module because it offers the greatest insight into the behaviors the rootkit takes to hide itself and other artifacts on the system. There are several tools such as Linux Memory Grabber, LiME and Volatility, or Rekall that can be used to acquire and analyze memory. Below is are examples showing memory analysis with Volatility.
Image

The above example shows a Volatility command run against a Linux host running CentOS memory image infected with Drovorub with a hidden kernel module.
Image

In Figure 2, Volatility is used to dump the module from the memory for further examination using the “linux_moddump” plugin.
Image

The file dr_mod.0xffffffffa008060.lkm is carved from memory to a folder “carvings”. With the Yara rule referenced in “Yara Rule Example”, you can run the rule against the file to determine if it is the Drovorub-kernel module. The above example in figure 3 shows a match for the malware. Advantages: Provides greatest level of visibility into specific rootkit behaviors and artifacts such as files, other processes, and network connections hidden by the malware. Disadvantages: Higher potential impact to system stability and not as scalable to a large number of endpoints.

Drovorub contains several file-based artifacts that are present and persistent on compromised endpoint disk media, though hidden from normal system binaries and system calls by the rootkit. In addition, acquiring raw media images is a viable detection method for known Drovorub samples using indicators of samples (e.g. file names and paths) or Yara rules. Advantages: Provides visibility into Drovorub files on disk, including configuration data. Disadvantages: Loss of memory-resident artifacts, higher potential impact to system stability, and not as scalable to a large number of endpoints.

It’s going to sound like a broken record, but sysadmin’s should continually check for and run the latest version of vendor-supplied software. Keeping updated software enables the user to take advantage of software advancements and the latest security detection and mitigation safeguards. Most importantly sysadmin’s should update to Linux Kernel 3.7 or later in order to take full advantage of kernel signing enforcement.

System administrators are advised to configure systems to load only modules with a valid digital signature making it more difficult for an actor to introduce a malicious kernel module into the system.

The GTsSS and GRU have developed a malware that acts like a swiss-army knife. The amount of tools provided by this malware has set the stage for companies and organization to step up their security detection and safeguard mitigation techniques. But what if I told you this wasn’t the first major malware these organizations have released. Not too long ago in 2018 VPNFilter which was a malware designed to infect enterprise and small office/home office routers compromising over five hundred thousand. In 2017 NotPetya (which shouldn’t be confused with Petya) was a ransomware unleashed on the world, but unlike Petya, NotPetya was a wolf taking the sheep’s clothing and turning it into a state-sponsored cyberattack. I feel that Drovorub is only the beginning of what we will see in the coming future. Author note: All images were sourced from the NSA/FBI security alert here.