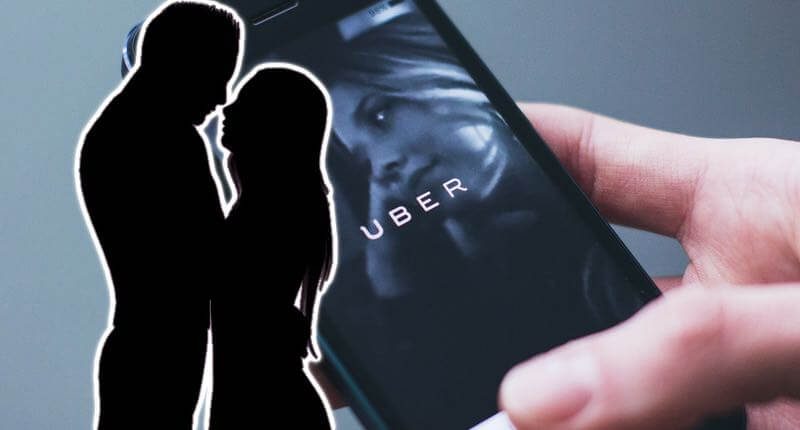 Modern technology has probably done more than its fair share to ignite illicit relationships, but it can also lead to a romantic affair's unravelling. But if your wife or husband becomes aware of an adulterous entanglement through a buggy app, do you blame yourself for having the affair in the first place, or do you blame the software that couldn't be trusted to keep its mouth shut? That's the question that some will be pondering, as French media reports that a man has filed an eye-watering €45 million lawsuit against Uber, alleging that the taxi app's notifications to his wife precipitated their divorce after she suspected him of cheating. The unnamed businessman, who is based in Côte d'Azur in the south of France, claims that Uber failed to maintain his privacy, sending notifications to his wife's iPhone whenever he took a ride with the firm, revealing where and when he was being picked up, the name of the driver, the car's license plate, and - of course - his destination. The problem all started, reports The Local, when the man used his wife's smartphone to log into Uber:

And he says it all began when he borrowed his wife's phone and logged in to Uber. Despite logging out of the app, notifications of his journeys continued to roll in to her phone, revealing what she suspected was evidence of his extra-marital encounters and leading to the couple's divorce.

Logic suggests that that's not the best way to keep an illicit affair secret. French newspaper Le Figaro says that it has been able to replicate the man's experiences - with notifications of Uber journeys sent to an iPhone even after it has been supposedly disconnected from the account. Le Figaro says that the issue does not appear to affect Android versions of the Uber app, or iOS versions updated since mid-December 2016. The newspaper speculates that the problem could have arisen because of a failure by Uber to properly revoke notification tokens on devices after an account is disconnected. For its part, Uber is declining keeping its lips tightly sealed:

"Uber does not publicly comment on individual cases, including the case of divorce proceedings between spouses."

Far be it from me to advise adulterers on how to keep their affairs secret from their partners, but maybe it would be a good idea to not rely on technology so much to arrange your assignations. Rather than reach to your pocket for an app to hail a cab, maybe you would do better standing on a street corner and whistling instead. You know how to whistle don't you?   Editor’s Note: The opinions expressed in this guest author article are solely those of the contributor, and do not necessarily reflect those of Tripwire, Inc.