Hyatt Hotels has launched an investigation after discovering malicious activity on its payment processing systems. Stephanie Sheppard, a spokeswoman for Hyatt, announced the investigation in an email to Hyatt guests on Wednesday:

The attack against the company, which owns 627 properties in 52 countries, was originally discovered on November 30th. No information is provided in the email on whether the persons behind the attack succeeded in stealing payment card details, how long Hyatt believes its payment processing systems were infected with malware, how many of its locations were affected, how many customers might have had their information compromised, or what types of other data might have been exposed. The message sent out by Sheppard instead sheds some light on what Hyatt is doing to keep customers safe and provides some guidelines on what previous guests of the hotel chain can do to protect themselves against fraud.
Image 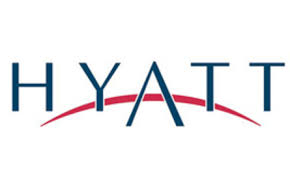 According to the email, Hyatt launched an investigation with "engaged leading third-party cyber security experts" as soon as the malicious activity was discovered. It also has taken steps to bolster the security of its payment processing systems to emphasize the point that "customers can feel confident using payment cards at Hyatt hotels worldwide." All updates regarding the investigation, which is currently ongoing, will be posted to the website www.hyatt.com/protectingourcustomers. Hyatt's guests should frequently check for new developments. In the meantime, the hotel chain recommends that all customers review their payment card statements and report any unauthorized activity to the card issuers. Hyatt joins a number of other hotels, including Starwood Hotels and Resorts, Hilton Hotels, and the hotel chain owned by Donal Trump, that discovered malicious activity on their payment processing systems in 2015.