The Japanese government has unveiled plans to create a new agency tasked with protecting the country’s critical infrastructure prior to hosting the 2020 Tokyo Olympics. Currently named the “Industrial Cybersecurity Promotion Agency” (ICPA), the envisaged public-private sector body would lead the development of human resources, including recruiting “white hat hackers” and conducting research. According to the Japanese publication The Yomiuri Shimbun, the ICPA will begin functioning in 2017 with funding from private companies.

“…The cybersecurity agency is expected to be positioned as an extra-governmental body affiliated with the Economy, Trade and Industry Ministry and will be established as an incorporated association or an incorporated administrative agency,” said the report. 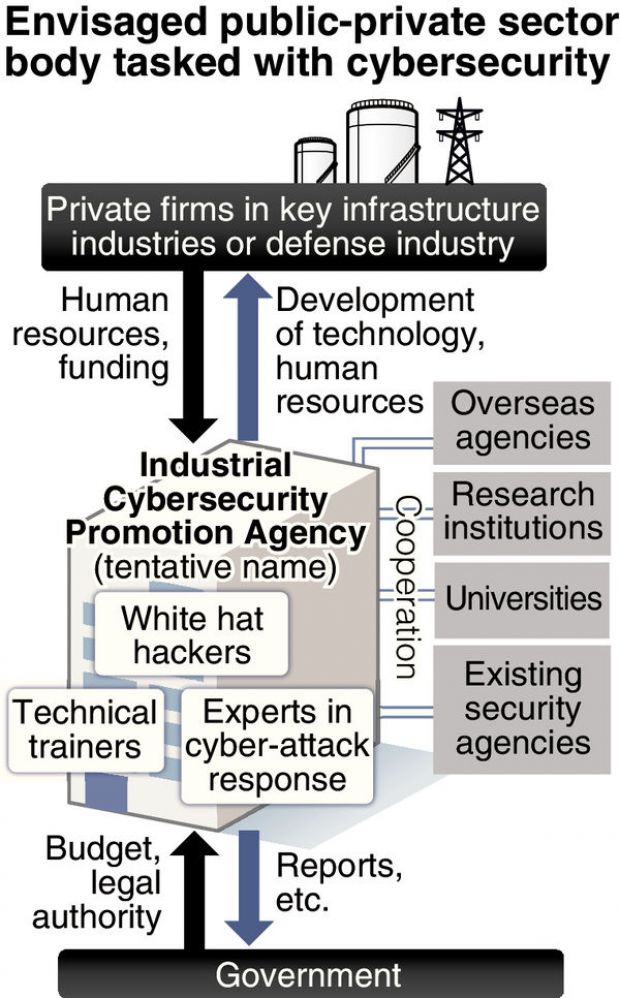 Source: The Yomiuri Shimbun The agency will reportedly be separated into two main divisions—research and active response. The ICPA research division will be conducting simulation exercises based on real-world cyber attack incidents by partnering with universities, research institutions and overseas cybersecurity agencies, such as the U.S. Department of Homeland Security (DHS). Meanwhile, the ICPA active response division will be responsible for hiring or training cybersecurity experts and establishing a system to handle attacks against mission-critical infrastructure operators. Protected bodies will include entities in the electricity, gas, petroleum and chemical facilities sectors, the report said. “There are also plans to include companies in the defense industry, which is said to have insufficient security measures because of its large number of small and medium-sized companies,” the report added. Government officials allegedly plan to include expenses for the newly created agency in the budget for the 2017 fiscal year.