This open source, crowdfunded router boasts a unique set of features, including the ability to update its own security and analyze the traffic between the Internet and the host network. Based on the Latin word for "tower", the Turris Omnia router is open source and runs OpenWrt, a free operating system that not only provides Omnia's users with the capabilities of a regular Linux server but also enables each and every router to patch itself for vulnerabilities whenever one is detected via the care of its developers. The Omnia is part of Project Turris, a larger initiative that is designed to augment home networks' router security:

"Each user of the service obtains a Turris router, which can, besides serving as a normal home router, also analyze the traffic between internet and the home network, and identify suspicious data flows," the creators of the Project explain. "Similarly to a watchtower, it then alerts the Turris central of a possible attack. At the system headquarters, it is then possible to compare data from many connected Turris routers and asses the security status of detected traffic. In case an attack is detected, corresponding updates are prepared and distributed to the whole Turris network, thus helping to protect all its users."

Under the Project, users agree to employ a Turris router as their main web gateway for a specified period of time, with the Omnia Turris the latest project developed by the initiative. A pitch video for the Omnia Turris can be viewed here.
Image 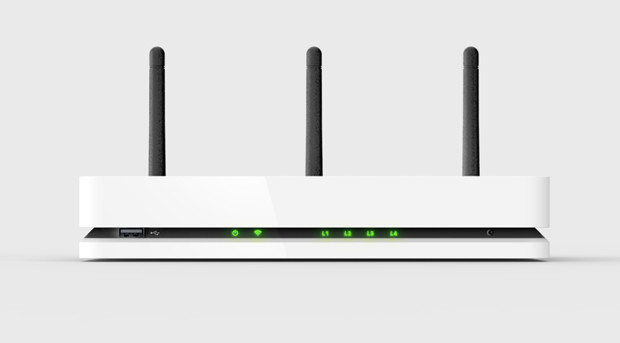 The Turris Omnia (Source: Indiegogo) According to its official landing page, the router can serve a variety of other functions for home networks. Pre-loaded with a virtual server, 1 GB of RAM, and an extra cryptochip, it can function as a DLNA or back-up server. Sliding in a SIM card can also enable users to harness LTE data through it. It is likely this collection of features that have enabled the router to raise more than $277,000 as of this writing on Indiegogo, with 46 days remaining of its campaign. All interested parties can purchase the router now for $186 USD + shipping.