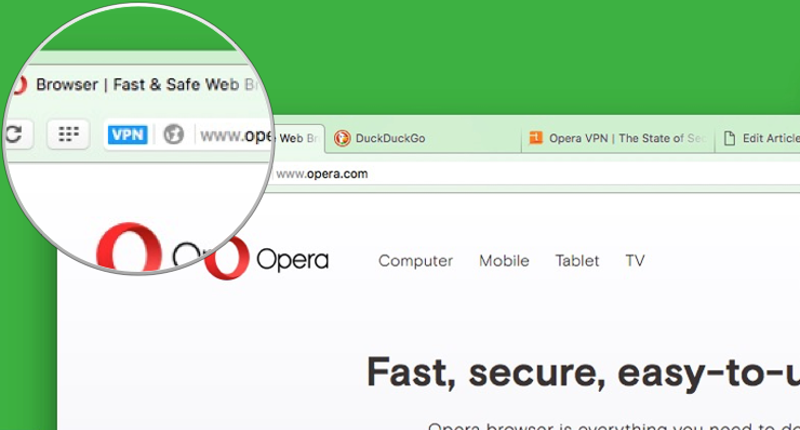 The desktop edition of the Opera web browser is getting a free, built-in VPN offering users a more secure and private browsing experience. The feature, announced on Opera's blog, making it the first major browser to integrate a VPN service. Opera's built-in VPN, which is currently incorporated into the Windows and Mac developer editions of the browser, is attractive for a number of reasons, including: And these are the features which Opera understandably emphasises in its promotional video: https://www.youtube.com/watch?v=OgOsu2PipmE It's a natural progression for Opera, which already includes a built-in ad blocker, and acquired the SurfEasy VPN service in March 2015. Turning the VPN feature on simply requires users ticking a box in Opera's preference settings.
Image

So, is switching to Opera and taking advantage of the free, simple VPN an easy choice for internet users to make? I'm not so sure. Because although there are undoubtedly attractive elements of having a VPN integrated into Opera, life isn't always so simple. Firstly, it's only your browser. Unlike a traditional VPN, Opera's VPN is only going to protect your web browsing sessions. It's not going to encrypt any other data that you and your applications are sending and receiving *outside* your browser. Although it's cute that Opera incorporates a VPN and puts an icon in your browser bar, there may be a danger that some users think that's all they have to do to protect their privacy when online - when a traditional VPN which encrypts *all* traffic would be considered more secure.
Image 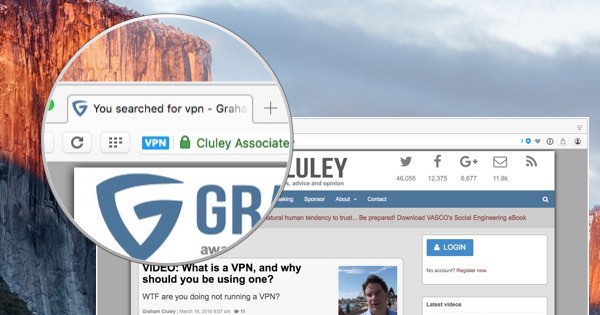 Also, Opera's browser VPN may not be popular inside corporations - many of which like to oversee what websites their users are visiting online (perhaps to prevent the access of inappropriate content in the workplace). Furthermore, what will performance be like? If Opera makes its VPN available for free, and if it's taken up by a large number of computer users, it clearly will be a challenge to provide decent speeds. It's unclear at the moment whether Opera might in the future offer a "professional" version of its VPN service which offers benefits for those prepared to pay for them. In a similar vein, it is unclear what terms and conditions Opera will apply to its VPN service - whether, for instance, it will turn a blind eye to those who try to use the service for downloading P2P torrents of copyright-infringing content. Finally, some will no doubt be considered about what information Opera will log about customers' use of their VPN. The official blog post makes no mention of what logs will be kept by the company. What we do know is that Opera is being sold for $1.2 billion to a Chinese consortium of companies. There's no doubt that some will feel wary about that new milestone in Opera's corporate history, because of China's well-documented desire to control its citizens' internet access and historical discomfort with VPN usage. We have seen plenty of examples in the Western world of technology companies facing sometimes covert hacking attacks from over-reaching intelligence agencies, and being pressured into making decisions which might work against the privacy of their users by law enforcement. No-one is going to be shocked if the same was to happen in China. When using any VPN - whether baked into your browser or as a separate service - you should always consider carefully what steps are being taken to ensure your private data cannot fall into the hands of others. For now, Opera's developer edition is available for anyone to download. As always, remember that this is beta software - and likely to contain bugs.   Editor’s Note: The opinions expressed in this and other guest author articles are solely those of the contributor, and do not necessarily reflect those of Tripwire, Inc.