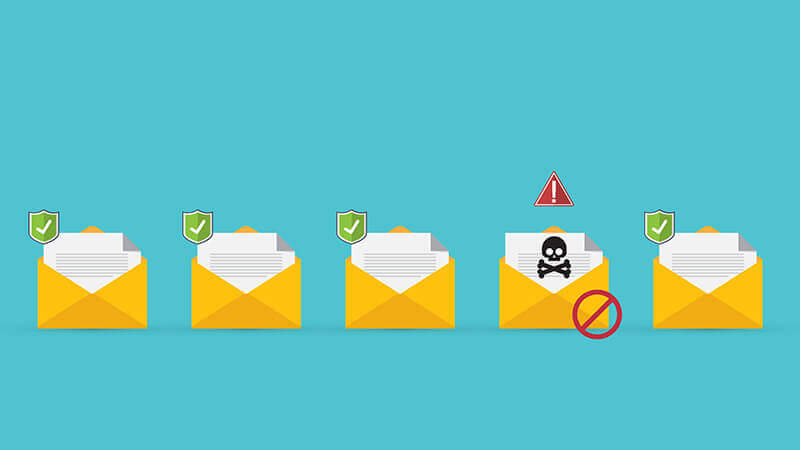 In today’s online landscape, it is crucial for organizations to stay on top of the threats that put their enterprises at risk. Agari and PhishLabs have put together their Quarterly Threat Trends & Intelligence Report detailing their analysis of phishing and social media attacks this quarter. The report presents statistics regarding the volume of attacks, the tactics used by cybercriminals, and the main targets of these attacks, documenting the changes since last quarter. Below are the key findings from the report.

The volume of total phishing sites increased almost 6% from Q1 and remains steady, as opposed to the erratic spikes in activity that took place in 2021. For the remainder of 2022, phishing volume is expected to steadily climb as criminals learn where businesses’ weaknesses lie and take advantage of their vulnerabilities.

Although financial institutions remain the top targeted industry at 42% of attacks, these attacks have declined more than 19% since 2021. The second most targeted industry was telecommunications, experiencing 23% of all phishing attacks. Social media accounted for 21% of overall volume, notwithstanding a small decrease in attacks.

Malicious emails increased in volume in Q2 in spite of a slight decrease in the total share of emails, making up 6.8% of the total. Emails classified as Do Not Engage increased in volume and share, accounting for 12% of employee-reported emails. These emails do not contain clear indicators of malicious intent, but are considered suspicious. Emails classified as No Threat Detected accounted for 81.3% of employee-reported emails, a slight decline in Q2.

Credential theft attacks decreased by 4.2% but still represented the largest proportion of email-based threats at nearly 55%. Response-based attacks that rely on social engineering tactics reached the highest volume and proportion since 2020, accounting for 41% of email-based scams. Malware delivery increased slightly and accounted for 4.5% of attack volume. Credential theft attacks targeting Office 365 accounts reached a six-quarter high in share and volume, accounting for more than 58% of all credential theft phishing links.

In Q2, 54.2% of response-based email threats were Advanced-Fee scams (also known as 419 scams), up 3.4% this year. BEC also increased, accounting for 16.3% of attacks. Hybrid vishing attacks reached a six-quarter high, an increase of 625% since Q1 2021, accounting for 24.6% of response-based threats. In spite of a slight decrease in share, vishing volume has increased overall.

Emotet reports increased 30.7% and made up 47.4% of malware payload volume, overtaking QBot at 42.8%. Bumblebee, first detected in March 2022, was the third most reported payload at 2.9% of all attacks. Emotet, disrupted and taken down by authorities in January 2021, has recovered and regained status as the most commonly preferred payload by cybercriminals. Emotet operators are believed to be testing new tactics to gauge their effectiveness since its reemergence in November 2021.

Free webmail abuse made up 73% of BEC attack volume, while maliciously registered or compromised accounts declined to 27%. The top provider abused by cybercriminals in BEC attacks was Google/GMAIL, making up 71.7% of total attack volume. Microsoft experienced the greatest increase in share, growing more than 6% to contribute to 8.3% of BEC incidents.

Social media attacks increased 20.3% from Q1 (102% from Q2 2021), averaging nearly 95 attacks per enterprise per month. Impersonation scams declined in share by 6.1% but still accounted for the largest share of social media threats at 40.7%. Fraud and cyber threats both increased to fill the second and third place spots. Data leaks have declined for six quarters in a row and accounted for only 0.4% of social media threats in Q2, down from nearly 25% in Q1 2021.

The financial industry accounted for more than 68% of social media attacks in Q2; national/regional banks took the top spot at 30.5%. Computer software was the only non-financial institution to experience an increase in attack share, up 0.7% to account for 13.4% of overall abuse.

Credit and debit card fraud represent the largest share of all incidents on the dark web at 67.3%, up 13.6%. Sale of corporate credentials accounted for 13.1% of dark web incidents, making it the second most common dark web threat in spite of a significant decrease in share, closely followed by consumer credentials at 13%.

Financial institutions made up almost 79% of dark web attacks (40.1% national/regional banks, 30.3% credit unions, 6.8% financial services). Telecom and ISPs made up 8% of all dark web abuse, a 0.5% decrease in share. Staffing and recruiting, dating, and retail all experienced declines in share as well.

Cybercriminals use a variety of avenues to market and sell stolen data. In Q2, 45.1% of stolen data listings were observed being marketed on chat-based services, an increase of 24.1% in share. Carding marketplaces and forums declined in share and accounted for 22.1% and 18.7% of the total respectively, while credential marketplaces increased 1.1% in share to 13.3%.

Bad actors targeted organizations more in the first half of 2022, increasing investments in new, non-traditional tactics in addition to commonly reliable methods. It is important for security teams to invest in monitoring and protections that keep up with threat trends as much as possible, partnering with technology providers when necessary to protect against abuse. 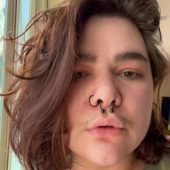 About the Author: PJ Bradley is a writer on a wide variety of topics, passionate about learning and helping people above all else. Holding a bachelor’s degree from Oakland University, PJ enjoys using a lifelong desire to understand how things work to write about subjects that inspire interest. Most of PJ’s free time is spent reading and writing.