Last week, we investigated the story of Vladislav Anatolievich Horohorin, a Ukrainian hacker who was well known online for managing several web forums where cyber criminals could dump and sell users’ stolen payment card credentials. Tripwire now continues its series on some of the most notorious cyber criminals brought to justice with Vladmir Drinkman, a Russian hacker whose exploits in cyberspace earned him the reputation as one of the most wanted cyber criminals in history. Between 2005 and 2012, Drinkman allegedly collaborated with three Russians and a Ukrainian to conduct a number of high-profile hacks against American retailers.
Image 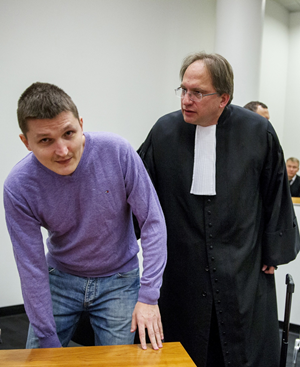 Drinkman first came to the attention of federal law enforcement when a 2009 indictment of Albert Gonzalez, another one of Tripwire’s cyber criminals brought to justice, named Drinkman as Gonzalez’s number 2 hacker. It is now known that Drinkman assisted Gonzalez in infiltrating Heartland Payment Systems, 7-Eleven, Hannaford Brothers, and other retailers. Once in possession of the stolen payment card credentials, Drinkman and his associates sold the information to “dump resellers,” who paid as much as $50 for a compromised payment account. Together, the hackers also encoded the stolen data onto magnetic strips, which they used to make credit card purchases and withdraw money from ATMs around the world. In total, Drinkman helped penetrate 17 different retailers, three of which suffered more than $300 million in damages. “This type of crime is the cutting edge,” New Jersey U.S. Attorney Paul J. Fishman said in an indictment against Drinkman. “Those who have the expertise and the inclination to break into our computer networks threaten our economic well-being, our privacy, and our national security. And this case shows there is a real practical cost because these types of frauds increase the costs of doing business for every American consumer, every day. We cannot be too vigilant and we cannot be too careful.” For a time, U.S. federal authorities were unable to apprehend Drinkman because he was believed to be living in Russia, a country where extradition—especially for instances of cybercrime—is virtually impossible. But in 2012, federal agents learned that Drinkman was traveling in Europe with another hacker allegedly involved in Gonzalez’s cybercrime ring. Not only that, U.S. authorities were able to track his movements by analyzing pictures Drinkman took of his trip as well as the GPS information transmitted via his phone, which he had left on. As a result of those missteps, Dutch authorities in cooperation with the U.S. government succeeded in arresting Drinkman outside of a hotel. Drinkman was then held in the Netherlands until the end of last month, when The Hague District Court approved his extradition to New Jersey, where he will be tried for his crimes.