Eight Years of Hell, But No End in Sight for Victim of Cyber Stalker | Tripwire Skip to main content
Image 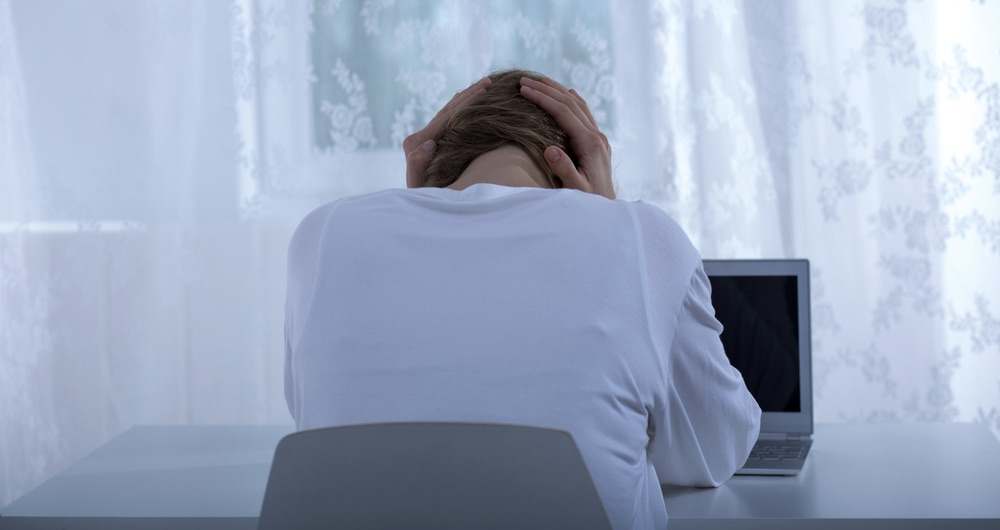 Bad actors are continuously looking for ways to prey upon web users. Sometimes they turn to ransomware and other malicious software like remote access trojans to extort victims. Other times, they leverage the web's great wealth of information to hone in on a particular target, stalk their digital presence, and endeavor to make their lives a living hell. Many have endured the torment of a cyber stalking campaign. For people like Rahul Madhyani, the attacks are ongoing. For even fewer, the suffering has lasted for the better part of a decade. Melissa Anelli is one of those people. This is her story. 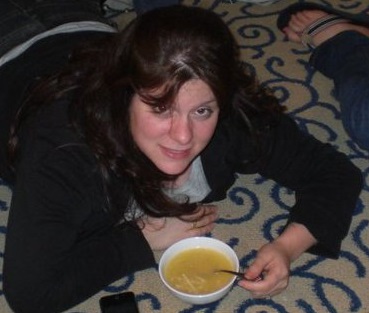 Melissa Anelli It was July 17, 2008. For seven years, Melissa Anelli had been running a popular website called The Leaky Cauldron. There, Harry Potter fans can create fan art, forge friendships, and listen to new episodes of the site's "Pottercast" podcast. It's the podcast in particular that quickly made Anelli and her team celebrities among Harry Potter fans. But not everyone loved what Anelli was doing. On that day in July, Anelli's colleagues told her they were having a problem with one of the forum users. That person had apparently been writing abusive remarks about Harry Potter film actress Emma Watson, and they wanted Anelli to read a piece of fiction they had written. Anelli replied by urging the user to comply with the moderator's wishes. The user agreed and quickly responded with an apology. That's not all they had to say, however. The next day, Anelli opened her email and saw she had received another email from the user. It read:

"I'm going to hunt you down wherever you live and slit you from ear to ear like the fat sow you are."

Horrified, she forwarded the email to her colleagues, who banned the user from the site. The Leaky Cauldron member was infuriated and wrote the following blog post to vent their frustration against Anelli.
Image 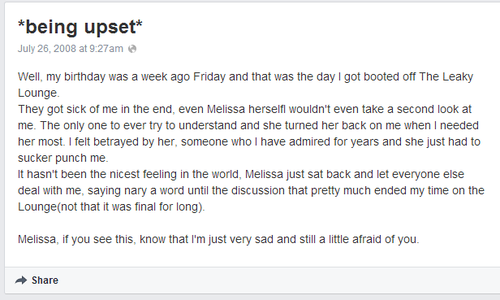 Everything spiraled out of control from there.

Anelli soon began receiving an interminable stream of rape and death threats from the user, whom the IT staff at Leaky Cauldron identified as 25-year-old Jessica Parker from New Zealand.
Image 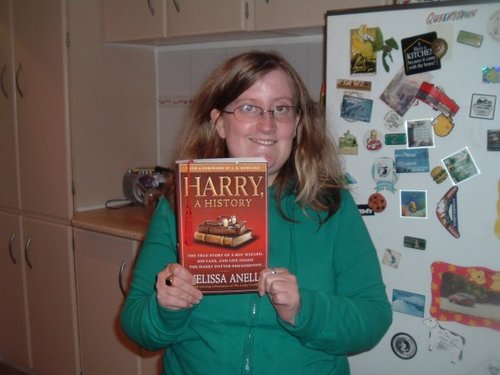 Jessica Parker Those threatening messages originated from hundreds of different email addresses, IP addresses, and Twitter accounts. As soon as Anelli's colleagues banned one account, another popped up in its place. Each account came with a message more violent than those before it. Here's one such threat Anelli received in 2009. As quoted by PopWrapped:

"If you have nothing to say to me and never will do so, then goodbye and good riddance to you, your family and the rest of your ill-begotten kind. Alas this won’t be the last time. You will have much to fear from me in the coming months, MA. THIS IS NOT OVER UNTIL SOMEONE IS ON THE FLOOR BLEEDING THEIR LIFE AWAY."

Parker was determined to get underneath Anelli's skin, and there weren't any lengths to which she was unwilling to go. She issued bomb threats. She photo-shopped a picture of Anelli's face onto pornographic images and shared them on social media. She even tattooed her body with images that related to Anelli's life, like a trip to Japan and her cat.
Image 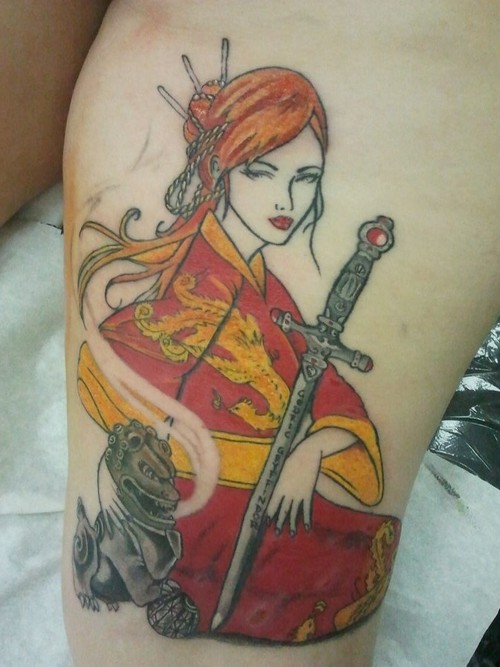 At one point, Parker obtained the home addresses and phone numbers for Anelli and her family members. She used that information to send postcards to her target's family, call the unlisted phone number of Anelli's mother, and advise her victim's nephew to "enjoy his parents while he still could," along with making other harassing advances.

Anelli couldn't put up with the abuse any longer, so she went to the local police. They told her there wasn't much she could do aside from getting a restraining order. Even then, it would be useless unless Parker traveled to the United States. After another year of abuse, she went to the FBI. They agreed to cooperate with the New Zealand authorities to help bring Parker to justice. As a result of that collaboration, police arrested the cyber stalker in late-2011 and said she would receive mental health counseling. But none of that happened. Without a clear picture of how Parker had affected Anelli's life, the New Zealand police resorted to a diversion program and dropped all charges, thereby allowing Parker to resume her harassment of her victim. Local police have arrested Parker twice since then. In the future, Anelli might testify in a New Zealand court. But for right now, the abuse continues--eight years after it started.

Anelli's story is a reminder of how actors can leverage information on the web to make others suffer. We can't control every piece of information about us that appears on the web. Even so, we can work to limit how much we expose ourselves. For instance, we should be careful on social media to not give away too much information about ourselves. That includes not posting sensitive personal data and checking our images for details that someone could use to steal our identity. We should also keep events like vacations to ourselves until AFTER we arrive home. We might want to announce our vacation to the world, but would-be burglars could act on that message if we do. You can read more social networking best practices here. For more on Anelli and her cyber stalker, please listen to her speak with Phoebe Judge on the Criminal podcast here.