Police have charged Gordon Ramsay's father-in-law and three of his family members with hacking the celebrity chef's emails. On 21 February, the Metropolitan Police announced charges against Chris Hutcherson, 68, along with Adam Hutcheson, Orlanda Butland, and Chris Hutcheson, 37. The four individuals are accused of having violated the Criminal Law Act of 1977. Their alleged crimes date back several years. As the Met explains in a statement:

"The charges follow allegations that between 23 October 2010 and 3 March 2011, they conspired together to cause a computer to access programs and data held in any computer without authority, contrary to section 1(1) of the Criminal Law Act 1977."

Chris Hutcherson Sr. is the father of Tana Hutcherson, who is married to celebrity chef Gordon Ramsay. Known for his short temper and his television career in the United States and the United Kingdom, Ramsay at one point entrusted his father-in-law as chief executive of Gordon Ramsay Holdings. This is the company that managed the chef's restaurants and other business interests.
Image 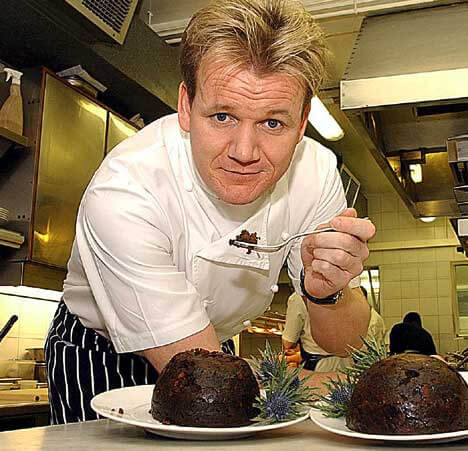 Chef Gordon Ramsay. (Source: Flickr) But the family affair didn't last long. According to The Guardian, Ramsay fired Hutcherson in October 2010. It wasn't long after that father- and son-in-law ended up in court, with the latter blaming Hutcherson for a third-party hack of emails he had exchanged with his wife. The Metropolitan Police filed the charges against Hutcherson and his family members as a result of Operation Tuleta, an investigation into allegations of computer hacking involving members of the media via the use of spyware and other malicious tools. The four individuals will appear before Westminster magistrates court on 14 March. This is not the first time authorities have charged someone for hacking a celebrity. It was less than two years ago that federal prosecutors in the Southern District of New York charged a hacker with unlawfully accessing a number of celebrities’ email accounts and stealing copyrighted information from both TV and film companies.