A man has received five years in prison for hacking into the email accounts of a number of celebrities and athletes. On 6 December, the Federal District Court in Manhattan passed down the sentence to Alonzo Knowles, 24, who gained unauthorized access to celebrities' email accounts and stole sensitive data. Back in December 2015, an undercover agent met with Knowles in New York to discuss the purchase of "exclusive content" worth "hundreds of thousands of dollars," including the email addresses, Social Security Numbers, passport numbers, and nude images/videos of 130 celebrities as well as TV and movie scripts of upcoming projects.
Image 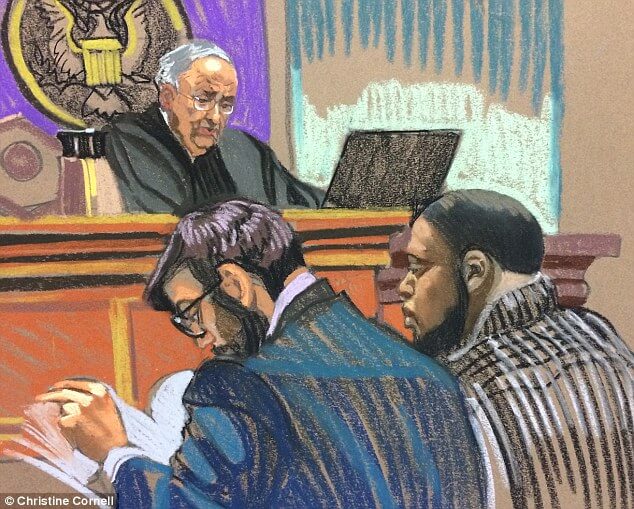 Alonzo Knowles (pictured right), 23, pleads guilty to copyright infringement. (Source: Daily Mail) Knowles told the undercover agent he acquired the information by hacking into celebrities' email accounts. When he couldn't hack his targets directly, he used social engineering techniques against their friends instead. The undercover agent arrested Knowles, who pleaded guilty to charges of identity theft and criminal copyright infringement in May 2016. He then apologized for what he did. But as it turns out, he probably didn't mean it. While in jail, Knowles sent out a number of messages using the Bureau of Prisons email system talking about what he had done. His emails were devoid of remorse. In them, he discussed how he would write a book about the secrets he had learned, charge 35 USD per copy, and hack into Twitter accounts to promote it. As quoted by The New York Times:

"Everyone loves gossip. I cant wait to get out i already know how the cover is gonna look."

Not surprisingly, federal judge Paul A. Engelmayer wasn't too keen on Knowles's promises. He therefore handed down a sentence that's almost double the number of years suggested under federal sentencing guidelines. Judge Engelmayer made his position absolutely clear to Knowles in court:

"Unavoidably, Mr. Knowles, the public has a significant interest in your being behind bars in federal prison where you have no access to the internet and no practical ability to do such harm."

As of this writing, it's unclear when the hacker will begin to serve out his five-year sentence.