Some think it’s where sexual deviants access child pornography or where devoted drug users go to purchase their substance of choice; others see it quite differently as a marketplace completely void of personal information – the first of its kind. On the "deep web" lies the Silk Road. It’s an anonymous online market, a place few have visited. That being said, at one point in time, it was the largest online drug market on the planet. You could purchase anything from Black Tar heroin to prescription drugs like Adderall, and all for far below retail price. But the Silk Road wasn’t simply a destination for hardcore drug users – it was a movement that helped fuel the anti-establishment, anti-government and pro-privacy movements that many around the world support. With all payments made with Bitcoin, an encrypted and untraceable form of currency, business transactions could finally be conducted without the involvement of controlling entities. At last – the power was with the people. But all things come to an end. The creator of The Silk Road, Ross Ulbricht – also known as Dread Pirate Roberts – was sentenced to life in prison for actions taken across the "dark net." What was he sentenced for? Is the deep web completely evil, or does it provide something positive? What implications does a completely anonymous deep web have on society? The stories below illustrate how the deep web works, how to navigate it, and what may be in store for you if you use Tor to access it:

The Rise & Fall of Silk Road: Part I [WIRED]

“Just then the front door burst open, knocked off its hinges by a SWAT team wielding a battering ram. Quickly the house was flooded by cops in riot gear and black masks, weapons at the ready. There was Green, covered in cocaine and flanked by two Chihuahuas. ‘On the floor!’ someone yelled…”

“On approach to Keflavík International Airport, he could now see the city of Reykjavik coming into view. And just beyond that, perched on the edge of a moss-covered lava field: the massive matte-white box that housed the Thor Data Center…”

How the Mysterious Dark Net is Going Mainstream [TED]

“Not that I’m suggesting anyone in this audience would use it to go and procure high-quality narcotics. But let’s say for a moment that you were…”

“The inhaler itself was completely legitimate and identical to what our local pharmacy would have given Jackie. The only difference was the price, and the fact that a crime had to be committed to get it…”

The Deep Web Isn’t All Dark [The Lost Lectures]

“In one move, I did more to limit child pornography access than all the Twitter pedo hunters of the last three years. What have you done today?”

Inside the Deep Web Drug Lab [Back Channel]

“Welcome to DoctorX’s Barcelona lab, where the drugs you bought online are tested for safety and purity. No questions asked…”

Deep Web: The Untold Story of Bitcoin and the Silk Road [The Young Turks]

“It gets into 4th amendment search and seizure questions. Is privacy for human beings today a right or a privilege? Do we even have privacy? Because the internet crosses boundaries…”

How to Access the Dark Web, Where All Sorts of Illegal Stuff Goes Down Online [Business Insider] 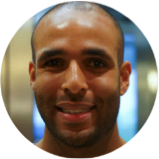 About the Author: Joe Howard writes a weekly newsletter at The Weekly Pique. Google employees, CERN physicists, award-winning journalists and world-famous artists subscribe to dive down the rabbit hole. If you want to get smarter every week, subscribe to The Weekly Pique today! Editor’s Note: The opinions expressed in this guest author article are solely those of the contributor, and do not necessarily reflect those of Tripwire, Inc.