The old saying, "What you say can be used against you in a court of law," extends itself into other areas, such as business, finances and even parenting. Digital forensics is playing a critical part in court cases, executive layoffs and parenting situations. We can see why now – the mounds of data produced from digital forensics can result in rich evidence. As more and more cell phone users are operating different methods to communicate information, this is demanding the need to have more mobile device management in place. Users think that operating applications that erase photos, messages and expire sessions are going to keep them safe from incriminating themselves when, in reality, some of the pieces of data can be digitally recreated. Case in point, proof established in Essex Superior Court led to the conviction of a male and female for sexual assault by digitally recovering footage of the crime in action. This has become a big enough demand that the federal government in 2015 has requested well over 82 percent of the data be discoverable information for review. In most court cases, cell phone discovery is becoming – and has become – a pillar in pre-trial discovery. As an example, NFL quarterback Tom Brady even went as far as destroying his cell phone to prevent cell phone investigation. Parents are now starting to get hip to the game to ensure child protection. Some implement different protection apps, while others have gone as far as placing the devices on an MDM solution. In a small sense, these parents are doing what the federal government is and has been doing in order to see their children’s user data. However, there are a number of issues present in the current state of cell phone forensics and digital forensics, one of which is the manner of obtaining the information through private or public means. Another issue that presents itself is just how private the end user’s information is. If all information or data is discoverable, then in reality nothing is safe or private, regardless of the security up front or within the data. In some of the cases I have worked in, I have noticed a motion that an attorney writes for a request to see all the information in a user’s private domain. Useless information is disregarded; however, the private security for that user has been removed to expose their information in some way or another. In the number of years I've been a part of cases requiring digital forensics expertise, I have seen a demand in the industry that has become widespread. At the forefront of these frequent requests, more trained expertise, more education, and a process that would provide a quick response time to respect the privacy and security of the user is of crucial significance to implement in this industry.
Image 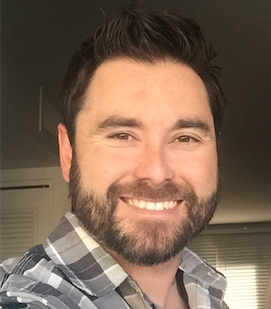 About the Author: Ricoh Danielson is a U.S. Army Combat Veteran of Iraq and Afghanistan. As a digital forensic expert in cell phone forensics for high profile criminal and civil cases, Ricoh has a heavy passion for information security and digital forensic that led him to start up his firm (Fortitude Tech LLC) in the middle of law school to become Phoenix's heavy hitting digital forensic power house. He is also a graduate of Thomas Jefferson School of Law, Colorado Tech University, and UCLA Anderson School of Management.  Editor’s Note: The opinions expressed in this guest author article are solely those of the contributor, and do not necessarily reflect those of Tripwire, Inc.