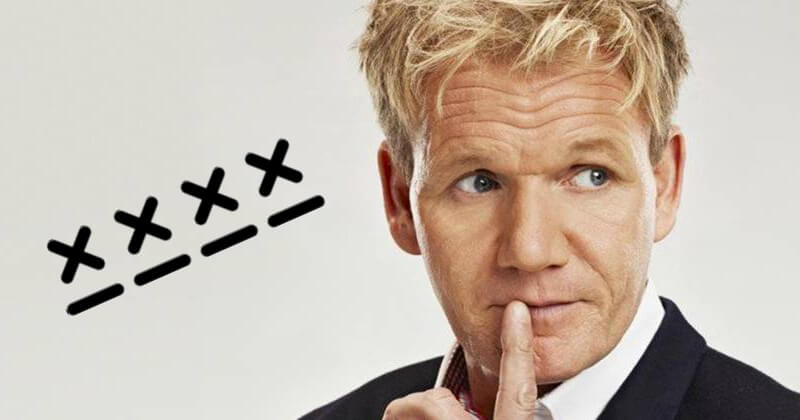 It doesn't matter if you're a regular computer user, the chairman of Hillary Clinton's presidential campaign ,  or a notoriously short-fused celebrity chef, we all need to harden the defences of our email accounts. Tabloid readers should know that all too well, having seen plenty of stories over the years of intimate photos stolen from Hollywood actress's email accounts. The latest celebrity to make the headlines in relation to a hack is potty-mouthed cook Gordon Ramsay. To be clear, the hacking of Gordon Ramsay's email is not a recent occurrence. As previously reported, British police charged Ramsay's father-in-law Christopher Hutcheson and other members of Hutcheson's family earlier this year with breaking into the TV chef's email account back in late-2010/early-2011. The seeds of the email hack were sown during a bitter dispute between Gordon Ramsay and his father-in-law, who had gone into business with each other in 1998. Between October 2010 and March 2011, Hutcheson, his son Adam, and another son (called Chris Hutcheson Jr) attempted to dig up dirt on Ramsay and his business Gordon Ramsay Holdings Limited as relationships deteriorated by hacking into the expletive-spouting chef's network and email account thousands of times. Hutcheson passed private photos grabbed from Ramsay's hacked email account to a former News of the World editor, who then sold them to the Daily Mail. Prosecutor Julian Christopher QC said that Hutcheson was hacking his famous son-in-law's email account "in order to obtain material that might embarrass Mr Ramsay, or be of use in the ongoing disputes. In doing so, he had the active assistance of his two sons. The information which was obtained as a result of the unauthorised access to the computers was provided to the press, which resulted in considerable intrusion of Mr Ramsay." Chris Hutcheson Jr, meanwhile, who worked as the company's IT consultant, sent his father a 10-page document containing cracked passwords of company staff email accounts and noting that Gordon Ramsay and his wife Tana used the same password. "He gave instructions as to how to mark an email unread, telling him to take great care, and not do anything that might arouse suspicion," said Julian Christopher QC. 69-year-old Christopher Hutcheson has now been sentenced to six months in prison, with his sons each receiving a suspended sentence of four months. So what can the rest of us mere mortals learn from a case like this? Secure your networks and email systems with layered security. That means not just choosing strong, hard-to-crack passwords but also defending systems with multi-factor authentication and other technologies that can ring alarm bells if your accounts are being accessed from unauthorised computers. Never make the mistake of reusing the passwords in multiple places, and certainly never make the mistake of using the same password as your partner. And if you are firing staff, ensure that there is no way for them to crowbar their way back into your network. Passwords should be changed, authorisations revoked, and careful consideration be taken into checking that security remains as tight as possible to prevent unauthorised access.   Editor’s Note: The opinions expressed in this guest author article are solely those of the contributor, and do not necessarily reflect those of Tripwire, Inc.